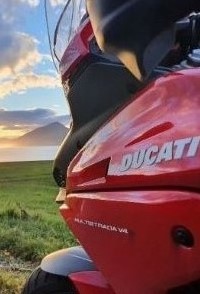 To fit the J/GPZ trans in the Z1/KZ case the mods are as follows: Input shaft: Using a J input shaft you must bore the threaded end so the 3/8” ball and the Z1 pusher fits inside. Using a GPZ shaft the threaded end must be shortened and re threaded as well as boring.
The 5th gear input needs to be turned down to clear the shift drum and the drum must also be turned because you cannot take all the material from just one of them.
The 4th – 5th fork must be clearanced on both sides to clear 3rd and 4th gear on the input shaft.
A conversion bearing, spacer and seal are also necessary.
There is also some re shimming to be done on both shafts to obtain proper neutral clearances and engagements. If this is not done correctly, it will get itself into 2nd and 5th at the same time and cause considerable damage. I’ve seen it plenty of times. Chewed up teeth and broken dogs—Very ugly!
There are two different 3rd gear sets and output shafts. The J has 21/30 T and the GPZ has 19/ 27T. They are both the same ratio, but the GPZ set uses a larger tooth pitch with less teeth. The J output shaft uses a bolt to secure the sprocket and the GPZ uses a nut and also has about 3mm. more spline. The GPZ parts are the more desirable ones. If you cannot find these parts, the gpz output shaft (13128-1048) and 3rd input (13129-1566) are still available from BB Racing. The 3rd output is no longer available, but I make a replacement that is stronger than the stock one.
There are a few more small details, but this is the majority of what has to be done.

Restoring motorcycles has been a long, 40+ year dream that became a hobby many years ago. As a hobby, it’s given me years of enjoyment and fulfillment of those years waiting. I’ve met many of my best friends in the process of restoring and collecting too. The restorations had me reaching out to people and businesses all across the world for parts, knowledge, and resources. It’s really amazing how much the Internet changed the How, What, and most significantly, the Quality of restoring I could accomplish. Starting in the mid 90’s, the Internet boom gave us forums, message boards, and on-line shopping where we could learn and find better parts. In just a few short years, NOS parts long gone from local dealerships could be purchased off of eBay and other valuable sites. With today’s Internet resources, I believe it is possible to produce almost any production motorcycle ever made from new, NOS or pattern parts. It is possible to build a vintage machine today and do it better than it was new – you can “Google” and buy today what was practically impossible to find 20 years ago…..

Way too often, I run into people that see me out on one of my old, antique machines that say “I had one of those”, or “I had a (put your favorite here) and I wish I still had it”. Well, “Wishing won’t do it” I tell them. “Go home tonight and start looking on the Internet. Someone has one they don’t want and will sell it”. I can only hope that some of you have taken or will take my advice and replace your memories. For those that have or will do, I want to share these steps that I’ve learned through many years of restoring and my collecting of vintage motorcycles. Keep in mind as you read and look at the photos, all of these were done out of my home’s garage. No fancy shop, just good tools and a love for the process of restoring. You can do it too, just break it down into small, manageable steps that you can do daily, weekly, or 2 months later – all at your pace and you won’t get lost.

*Start each project with a trip to your local mass retailer. There you will purchase 4 to 5 large plastic bins, preferably those with clear sides so you can see the contents.
*Dissemble the bike completely. except for the engine. (You’ll pull it and set it aside for now). The parts go into bins labeled 1, 2, and 3.
*Parts good enough to be reused after being painted or powder coated go into bin #1
*Parts good enough to be reused after being polished or chrome plated go into bin #2
*Everything else – parts that you know are damaged, broken, chewed, or incorrect go into bin #3, 4 (Don’t throw anything away yet). Depending on which model you’re working on, there could be parts that simply aren’t on this planet and you may need to get a pattern or pattern part made from the original. This was the case with my 1967 Honda Black Bomber CB450K0 shown in some of the photos. There were 2 front fork pieces and the seat hinges that were impossible to find, so I had them reproduced at a local machine shop. Those originals I’d kept months earlier made patterning possible – Don’t throw it away until you have it’s replacement “in hand”.
*Concentrate on the work and parts to getting a rolling frame. Painting or powder coat is your choice and should be made based on your preference and access. You’ll move onto the swingarm, front forks, handlebar, and shocks so that your “Rolling Frame” is ready for wheels.
*Next up are the wheels. Make sure you put the time and effort into making these as good as your ultimate goal for the restoration project. Great looking wheels can make an average restoration look better, but do keep in mind that poor or average wheels will hold your restoration to that level. Put simply – Wheels are Important. So you’ll strip, highly polish, new bearings, new seals, new or re-plated spokes, new or chromed rims, and new rubber.
*Assemble the roller and move it out of the way. I like having a lift table so I can sit with my favorite tunes and rest my tools (Harbor Freight $315) so my project would come off the table once rolling. Now that my “roller is ready” – I’ve got the Perfect place for a completed engine. Since I’ve moved my roller, I also have a clean place to “Build” or “Refinish” my engine.
* Disassemble the engine and the cases. I use Zip-Loc bags and a Sharpie to group assemblies together. I use a parts fiche that I’ve printed on-line to define assemblies and always keep those parts to one bag (Gallon sized if needed). This is so important because we don’t do this every day and might find ourselves away from the project for a few weeks or more. All of these grouped and labeled Zip-Locs go into one of the remaining bins we started with.
*Cleaning, measuring, and deciding which engine parts are usable, have to be refinished, or replaced. Affect those repairs, new bores, and replacements as needed.